Join our large community of digital farmers funding farms, empowering farmers and making a profit. Sign up today using your email to get started.
2.>>>>>

After signing in, choose a farm from the available set of farms, select the number of units you would like to fund and proceed to make the payments.
3.>>>>>

On your personalised dashboard, you would get regular realtime updates for farm progress as well as access details of all the farms you have funded till date.
4.>>>>>

Upon harvest, expected returns of proceeds from produce are distributed to all subscribers to a farm. This is done within the stated tenure period.
Our Farms 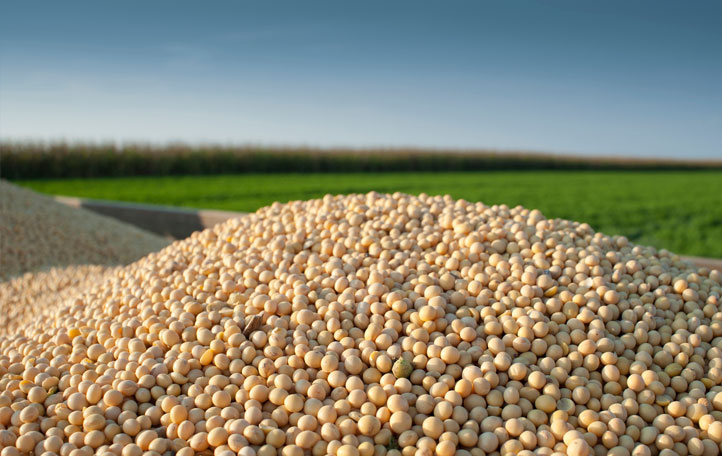 Agricultural development is one of the most powerful tools to end extreme poverty, boost shared prosperity and feed a projected 9.7 billion people by 2050. Growth in the agriculture sector is two to four times more effective in raising incomes among the poorest compared to other sectors. 2016 analyses found that 65% of poor working adults made a living through agriculture.


Agriculture is also crucial to economic growth: in 2014, it accounted for one-third of global gross-domestic product (GDP).

Soybeans are a type of legume. They have been being cultivated in East Asia for over 5000 years but weren’t introduced into the Western world until the 20th Century.

They’re an excellent source of protein and are used to create many other food products, such as tofu, tempeh, shoyu, miso, and soy milk. Immature soybeans are also eaten fresh in a Japanese dish known as ‘edamame’. Processed soybeans are the world's largest source of animal protein feed and the second largest source of vegetable oil. The United States is the world's leading soybean producer and the second-leading exporter. Soybeans comprise about 90 percent of U.S. oilseed production, while other oilseeds—including peanuts, sunflower seed, canola, and flax—make up the remainder. the many uses of soybean

Whilst many people eat soybeans or food that contains soy, particularly in countries across Asia, only a small fraction of the soybeans that are produced each year are used for this purpose. The vast majority of soybeans – almost 75% of them – are actually used as animal feed.

Maize is the most important grain crop in Europe and is produced throughout the continent under diverse environments. Successful maize production depends on the correct application of production inputs that will sustain the environment as well as agricultural production. These inputs are, inter alia, adapted cultivars, plant population, soil tillage, fertilization, weed, insect and disease control, harvesting, marketing and financial resources.

In developed countries, maize is consumed mainly as second-cycle produce, in the form of meat, eggs and dairy products.

In developing countries, maize is consumed directly and serves as staple diet for some 200 million people.

Most people regard maize as a breakfast cereal. However, in a processed form it is also found as fuel (ethanol) and starch. Starch in turn involves enzymatic conversion into products such as sorbitol, dextrine, sorbic and lactic acid, and appears in household items such as beer, ice cream, syrup, shoe polish, glue, fireworks, ink, batteries, mustard, cosmetics, aspirin and paint.

Poultry meat is the second most produced and consumed meat in the European Union, after pig meat. The sector is known as one of the most intensive farming systems in the EU, with capital growth limited farms numbering more than 100 000 birds. This intensive system features high stocking densities, indoor rearing and the use of fast-growing breeds obtained by genetic selection. It is estimated that 90 % of meat chickens are raised in such systems in the EU. However, alternative chicken production systems (free-range and organic) are on the increase in many EU countries. As regards egg production, the 400 million laying hens kept throughout the EU produce close to 7.5 million tonnes of eggs a year.

The CGL Rice Market can be sub-divided in two different segments.


JAPONICA RICE , a short/medium grain variety which is the "traditional" CGL rice and represents around 75% of CGL rice production.


CGL is self-sufficient and even a net exporter for japonica rice.


CGL rice is a food with a high nutritional value. It is rich in B-complex vitamins, such as Niacin, Thiamine, Riboflavin and Selenium, while the carbohydrates contained in its endosperm constitute an important source of energy for the human organism.


Grain quality is a very important issue regarding the final product. Quality depends not only in the variety of rice, but also on the crop production environment, harvesting, processing and milling systems. Several interrelated features determine the quality of rice, such as moisture content and purity degree. These characteristics are determined by the environmental weather conditions during production, crop production practices, soil conditions harvesting, and post-harvest practices.


CAPITAL GROWTH LIMITED producers fully comply with the Integrated Quality Management System for the Agricultural Production of Rice. This System is based on good agricultural practices which respect the environment, protect the producer-grower’s health and offer a healthy and safe product to the consumer.


High-end quality and genuine taste are the characteristics of European Ρice. Beginning from the field, producers select the seeds most suited to the soil and climate conditions of the area. During the cultivation they adhere to certified Integrated Management procedures aimed to the protection of the environment and the safety of the product. After harvesting, the product is transferred to the Rice Millers which implement a certified Quality and Food Safety System, for a better control of the quality procedure.


How Far We Have Come

Join To Our Newsletter